The Bella Casa Barracudas Swim Team was founded on three basic principals. To foster friendships within the community, to teach children a healthy lifestyle and to teach them how to swim efficiently and effectively.

Second, with the abundance of technology today, we aim to give children the opportunity to learn some valuable life skills which promote a healthy lifestyle. Not only is a swimming a sport that you can participate in your entire life, but we reinforce that with healthy options at our concession stand during meets.

Finally, our goal is to teach kids to swim and go beyond what is taught in lessons so that they have deeper knowledge of swimming that could one day save their life.

A byproduct that has been seen and felt by the families that participate is that the friendships formed include the whole family, not just the kids that swim. The parents and grandparents that volunteer form strong bonds as well. The Bella Casa Barracudas is a uniting force within our community.

With young children and beginner swimmers, both swim teams and swim lessons are primarily focused on teaching swimmers how to swim, and those children are both going to learn to swim no matter which path they choose. The primary purpose of swim lessons is to teach swimmers how to be safe in the water and become just efficient enough to be able to survive in a life threatening situation. With a swim team, swimmers learn to become strong, efficient swimmers by repeatedly practicing and correcting stroke technique and specific skills necessary to gain efficiency in the water.

In swim lessons, the goal is to learn a skill to become good enough to survive. On a swim team, the goal is to constantly pursue perfection of a skill over the course of many, many years. For a young child, what we do will not be that different, but the way that we do it will be.

This pursuit of constant improvement is what separates swim lessons from a swim team, and in turn has many other positive effects for the participants in the sport. The traits and qualities that swimmers develop by constantly pursuing improvement are the same characteristics that help children and people succeed in school, in work, and in life. Because we are teaching, constant reinforcement of those skills is critical to success.

We are firm believers that every child should learn to swim. Knowing how to swim is a lifelong skill and it saves lives every day. Swim lessons serve a very important purpose but so do summer swim teams. The friendships that are built in swimming last a lifetime. Coach Mark attended the North Carolina Swimming Hall of Fame induction ceremony in April of 2016 and both Ricky Berens and Mel Stewart talked not about their accomplishments in the pool (both won medals in the Olympics) but the friendships they developed during swimming. Both talked about how they cherished their memories of summer swimming as fun and that friends they met in summer swim league were part of each of their weddings. Swimming is not only a sport but a lifetime skill that helps everyone become a better person. 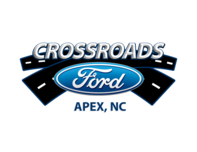 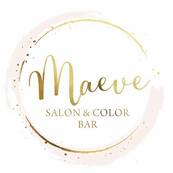 Download SwimTopia Mobile to receive Team Alerts for weather delays/cancellations, sign up for meets, view your volunteer commitments and swim results, and more.